If you thought a job collecting tax in Ireland might be tough then meet Kieran Holmes. A career break from the civil service in 1984 has seen this Sligo man collect tax in far more hostile environments.

Graduating in economics from Trinity in 1977, with most of his class emigrating, Holmes cut his teeth as an inspector of taxes with the Revenue Commissioners. 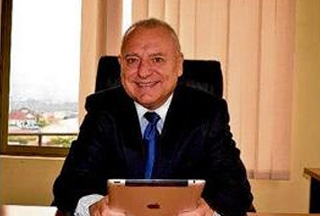 "The culture around tax was terrible,” he recalls. "Not only was the private sector wantonly evading or avoiding tax, but the government was giving away tax left, right and centre.”

Of the exporting companies under his watch, he says: "All of their profits were being written off against export sales relief or various incentives; there was very little revenue actually collected.” It was an antiquated system where appeals took years to settle, he says. "It was a very bad culture, I hope it’s improved now.”

After seven years, a tip-off from a friend saw Holmes respond to a newspaper advertisement seeking an inspector of taxes for the remote Pacific island of Kiribati.

"I didn’t know where the country was when I applied,” he admits. "But for me it was an opportunity to do something in development and use my tax knowledge to help a country.”

Swapping Dublin for silvery sands and azure waters, his international career began. Newly independent from the UK, Holmes helped the country get on its feet financially. Raising tax collection by 400 per cent, he also negotiated a double taxation agreement with Australia that made Aussie fishing boats a taxable entity of Kiribati. "That made a huge difference to fiscal controls,” he says.

Seven years later, a job offer with the British government’s overseas development association in Lesotho brought him to Africa.

"Africa was a shock,” he says. "In the Pacific, you never saw a gun but the first thing you see in Africa is AK47s everywhere.” Six months into the job, on his way to meet the minister for finance one afternoon, Holmes was kidnapped. Four men with guns, with eyes on his car, drove him into the mountains. "They got me out of the car, put a gun to my head and said ‘run’. That was the scary part, I wasn’t sure if they were going to shoot me in the back as I ran.”

While his employers gave him a couple of weeks leave to recover, he notes wryly: "I wish to hell I’d had some counselling at the time.”